Washington, D.C.. — Point Source Audio’s CO2 Confidence headsets played a large primary—and a critical secondary—role for double mic’ing at the 2019 AIPAC Policy Conference held at the Walter E. Washington Convention Center in Washington DC. Over 18,000 people attended the three-day conference and included members of Congress, students, and synagogue delegations. The guest speaker roster was massive (the AIPAC website lists over 400) and the audio needs were equally large with 120 channels of wireless mics being used. And, as typical, the expectations for fail safe reliability and sonic excellence with microphones were high. 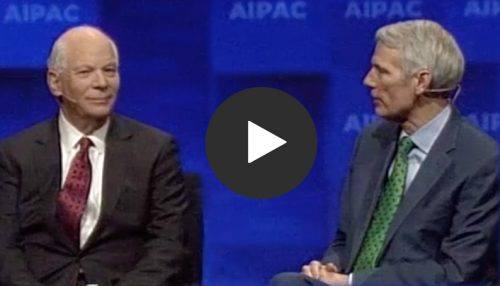 To that end, audio supplier, Maryland Sound Industries (MSI) provided their client, Viva Creative, 40 of Point Source Audio’s CO2 Confidence headset mics for use with the Shure and Sennheiser RF systems that were utilized for the event. Given the amount of RF which, in addition to microphones, included IEMs, broadcast and security channels, the chance of being “stepped” on was very real and made frequency coordination and backup or redundancy options vital.

Robert Jones is the account manager for MSI and first tried the PSA mics at a demo and was impressed both with the sonic capability and the fact that he now had two identical microphones in one package. “In the past we’ve used two transmitters with a headset and with a lavalier mic as backup. If we lost a particular frequency, which can happen in an event this large, and needed to switch transmitters during the speech, the sound difference between the lav and headset is audible. With the Point Source Audio mics, the sound never changes and, on those occasions, where we do need to switch to the backup transmitter, the audience doesn’t notice. There is a sonic consistency we like.”

Jones also noted the increased speed and ease of mic’ing the talent with the PSA mics saying, “Once this thing gets rolling, it’s a constant process of removing the mic as the speaker leaves the stage, putting one on for the new speaker, and on and on. Anything that helps our techs with that process is much appreciated.”

Yvonne Ho, VP of sales & marketing at Point Source Audio, appreciates and understands the challenges of large-scale productions such as AIPAC and commented, “Beyond the audio quality aspect, our goal is to assist our customers in solving problems. If the tech crew can double mic speakers in half the time and ensure the live mic is fail-safe, then we are making real progress.”

The patent-pending CO2 Confidence Collection, a new class of wireless microphones, all have dual elements, each measuring a tiny 3mm that offers built-in redundancy. The CO2 mics also integrate two of the company’s important first-to-market features in miniature microphones: IP 57 waterproof rating, and the “unbreakable” headset boom bendable to 360° to bolster durability.

About Maryland Sound
Founded in 1967 as a touring sound company, Maryland Sound has been an industry leader for over 40 years. While still maintaining a presence in the touring industry with artists such as Slash, Yanni, Seal, and other international artists, the company is now known as a leader in broadcast, sporting, and corporate events such as the Dew Action Sports Tour, multiple Presidential Inauguration Swearing In Ceremonies, as well as Inaugural Balls and, for 28 years, New Year’s Eve in Times Square. www.marylandsound.com

About Point Source Audio
Point Source Audio (@PSA_audio) manufactures and distributes worldwide their SERIES8, EMBRACE, and CONFIDENCE collection of miniature microphones — a unique line of headset, earworn and earmounted microphones known for their robust bendable boom and waterproof features. The company also holds two patents for the EMBRACE concealable microphone as well as the patent for the world’s first modular in-ear comms headset that is supporting the hearing health for audio, lighting and camera techs using headsets everywhere from sports to space. Founded in 2004, Point Source Audio is headquartered in Petaluma, California. For more information call (415) 226-1122 or visit www.point-sourceaudio.com. Follow the company on Twitter at www.twitter.com/PSA_audio.

With the Point Source Audio mics, the sound never changes and, on those occasions, where we do need to switch to the backup transmitter, the audience doesn’t notice. There is a sonic consistency we like.