Dallas, TX — Dallas Theater Center has selected the CO-8WD waterproof headset microphones from Point Source Audio for its challenging outdoor production of Working: A Musical, based on Studs Terkel’s bestselling book and with original songs by Stephen Schwartz (Wicked), Lin-Manuel Miranda (Hamilton, In the Heights), James Taylor and others. Staged at the start of July, the production was Dallas Theater Center’s first to a live audience since March 2020.

Working showcases the voices of teachers, waiters, truck drivers, and other essential workers, so the production sound quality needed to be befitting in recognition of their vital service day in and day out. 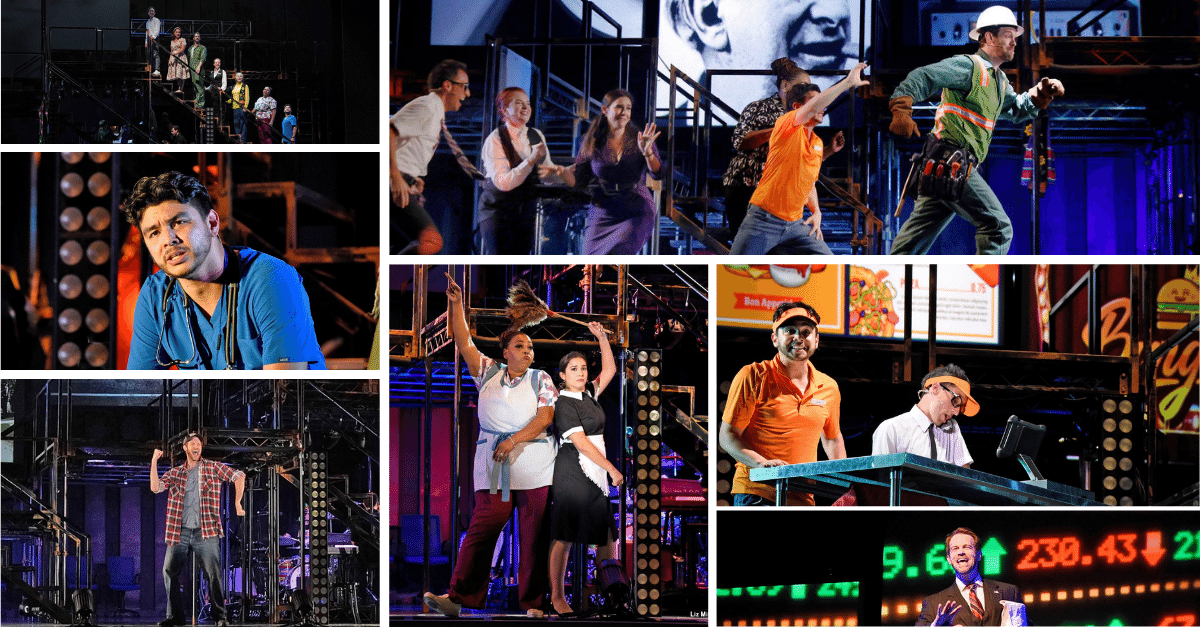 Away from the sound quality, one of the main considerations behind the choice for the CO-8WD was the production setting. “This show is outdoors, in Texas, in the middle of summer! The weather is a really important factor to consider, so the fact that Point Source Audio mics were waterproof was a big selling point to me,” explains Kyle Jensen, Assistant Head of Audio and Video for the Dallas Theater Center and sound designer for the production. “We anticipated really hot temperatures, really high humidity levels, so being able to have something that stands up to that sort of abuse was very important.”

This being said, the CO-8WD headset proved itself to be the right choice with its sound quality too. “In the pre-prep process we were able to play around with [the mics], and they sounded fantastic,” recalls Jensen. “One of the things that stood out to me as well as my staff engineer was how good they sound on female cast members, or people with higher voices. My staff engineer is female, and we put the mic on her and when she started talking, it had this really nice fullness about it that a lot of microphones sometimes lack with people who have higher timbre voices, and that was something that really stood out to me.”

In addition, safety of the performers was a further consideration. “Just considering the amount of people that would be possibly coming into contact with these microphones, I wanted to make sure that it was not only something that was extremely good sounding but also something that would be able to withstand repeated alcohol swabs,” recalls Jensen. “The ability to self-mic was important too. Everyone in the cast was double-miked so we could cut down significantly on the number of times our audio tech needed to go and fiddle with someone’s microphone. All they needed to do was battery up the transmitters, put them at their dressing room stations and walk away. This was also the reason why we went for the Point Source microphones; I wanted a boom-style microphone for the show that would be easy for the cast members to hook on their ears without worrying about audio engineers getting involved in doing it for them.”

With the production now complete, Jensen is happy to have welcomed a live audience back to the venue. “It has been wonderful to have a live audience back for the production, particularly one made up from so many healthcare and essential workers,” reflects Jensen. “Working: A Musical was such a cool show, honoring these people who deserve to be recognized, and the Point Source Audio microphones performed flawlessly throughout the run.”

One of the things that stood out to me as well as my staff engineer was how good they sound on female cast members, or people with higher voices.